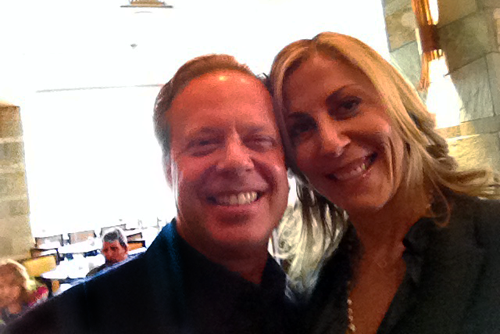 Dr. Joe Dispenza’s newest book—You Are the Placebo: Making Your Mind Matter—is being published by Hay House today! As many Rewire Me readers (and all of my friends) know, Dr. Joe has had a tremendous influence on my life and was one of the reasons I founded Rewire Me in the first place.

You Are the Placebo is his best book yet. It has all of the insight and neuroscience I’ve come to expect, but seems more accessible than Evolve Your Brain and Breaking the Habit of Being Yourself. I think this book will bring in new readers, especially people who haven’t had an opportunity to take one of his courses or attend his workshops. Dr. Joe starts the book by telling a remarkable story that I never get tired of hearing about how he put mind over matter and astonished his physicians by recovering fully from a bicycle accident—six broken vertebrae—that should have left him partially paralyzed and permanently disabled.

He then explains the history and psychology of placebos and their effects—how rewiring our thinking can change not just our brains but our bodies on a genetic level! He also provides a tremendous amount of scientific research and data in combination with anecdotes and tools in the form of relatable, practicable meditations. Here are some parts of the book that really stood out for me:

For me, the way Dr. Joe presents information is so accessible that I get it right away—it all makes sense. It’s the missing piece of my puzzle of self-awareness and human behavior.

“…another, more advanced event in Colorado, where we had seven spontaneous remissions of various conditions. One woman who was living on lettuce because of severe food allergies was healed that weekend. Other people were healed of gluten intolerance, celiac disease, a thyroid condition, severe chronic pain, and other conditions. All of a sudden, I started seeing some significant changes in people’s health and in their lives, while they retreated from their then-current reality in order to create a new one.”

I’ve seen this demonstrated many times over the years. I’ve seen people walk into a workshop on crutches and leave without needing them. A dear friend of mine whose story is mentioned in the book suffered from a rare degenerative bone disease and was housebound because she was so afraid she’d break a bone. After she began working with Dr. Joe and using his techniques, her body began to heal itself. Her transformation proved to me that what he teaches works!

“Our beliefs aren’t always as conscious as we think they are. We may very well accept an idea on the surface, but if deep down, we don’t really believe it’s possible, then our acceptance is just an intellectual process. Because calling upon the placebo effect requires us to truly change our beliefs about ourselves and what’s possible for our bodies and our health, we need to understand what beliefs are and where they come from.”

Most of the time our beliefs are misconceptions about life. We’re not encouraged to believe in ourselves and if you don’t think something is possible then you don’t believe in yourself. My beliefs are influenced by my environment—it took a few years for me to figure this one out!

“Some critics may categorize this body of work as faith healing. I’m actually fine with that accusation at this point in my life, because what is faith but when we believe in thought more than anything else? Isn’t it when we accept a thought—independent of the conditions in our environment—and then surrender to the outcome to such a degree that we live as if our prayers were already answered? Sounds like a formula for the placebo. We’ve always been the placebo.”

There’s so much good stuff in this book, and I really hope you’ll pick up a copy. Following is an excerpt from the Introduction.

The incredible results I’ve seen in the advanced workshops I offer and all the scientific data that has come out of that have led me to the idea of the placebo, the basis of this book: how people can take a sugar pill or get a saline injection and then their belief in something outside of themselves makes them get better. I began to ask myself, “What if people begin to believe in themselves instead of in something outside of themselves? What if they believe that they can change something inside of them and move themselves to the same state of being as someone who’s taking a placebo? Isn’t that what our workshop participants have been doing in order to get better? Do people really need a pill or injection to change their state of being? Can we teach people to accomplish the same thing by teaching them how the placebo really works?”

After all, the snake-handling preacher who drinks strychnine and has no biological effects certainly has changed his state of being, right? (You’ll read more about this in the first chapter.) So if we can then begin to measure what’s taking place in the brain and look at all this information, can we teach people how to do it themselves, without relying on something outside of them—without a placebo? Can we teach them that they are the placebo? In other words, can we convince them that instead of investing their belief in the known, like a sugar pill or a saline injection, they can place their belief in the unknown and make the unknown known?

And really that’s what this book is about: empowering you to realize that you have all the biological and neurological machinery to do exactly that. My goal is to demystify these concepts with the new science of the way things really are so that it is within the reach of more people to change their internal states in order to create positive changes in their health and in their external world. If that sounds too amazing to be true, then as I’ve said, at the end of the book you’ll see some of the research compiled from our workshops to show you exactly how it’s possible.

What This Book Is Not About

I want to take just a moment to talk about a few things that this book is not about, to clear up any potential misconceptions right from the start. For one, you won’t read here about the ethics of using placebos in medical treatment. There’s much debate about the moral correctness of treating a patient who isn’t part of a medical trial with an inert substance. While a discussion about whether the end justifies such means may well be worthwhile in a broader conversation about placebos, that issue is completely separate from the message this book aims to deliver. You Are the Placebo is about putting you in the driver’s seat of creating your own change, not about whether or not it’s okay for other people to trick you into it.

This book is also not about denial. None of the methods you’ll read about here involve denying whatever health condition you may presently have. Much to the contrary, this book is all about transforming illness and disease. My interest is in measuring the changes people make when they move from sickness to health. Instead of being about rejecting reality, You Are the Placebo is about projecting what’s possible when you step into a new reality.

You’ll discover that honest feedback, in the form of medical tests, will inform you if what you’re doing is working. Once you see the effects you’ve created, you can pay attention to what you did to arrive at that end, and do it again. And if what you’re doing isn’t working, then it’s time to change it until it is. That’s combining science and spirituality. Denial, on the other hand, occurs when you’re not looking at the reality of what’s happening within and around you.

This book also won’t question the efficacy of the various healing modalities. Many such modalities exist, and many of them work quite well. All of them have some type of measurable beneficial effect in at least some people, but a complete cataloging of these methods isn’t what I want to focus on in this book. My purpose here is to introduce you to the particular modality that has most captured my attention: healing yourself through thought alone. I encourage you to continue using any and all healing modalities that work for you, be they prescription drugs, surgery, acupuncture, chiropractic, biofeedback, therapeutic massage, nutritional supplements, yoga, reflexology, energy medicine, sound therapy, and so on. You Are the Placebo is not about rejecting anything except your own self-imposed limitations.

Excerpted from You Are The Placebo: Making Your Mind Matter, by Dr. Joe Dispenza. Copyright 2014. Published by Hay House and reprinted with permission from the publisher.