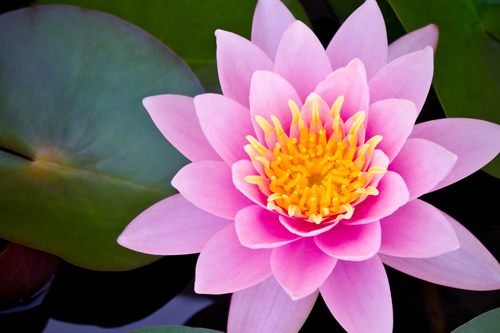 Yoga is everywhere—in corporations, health clubs, and elementary schools. And yet, it is not an exaggeration to say that there’s very little real yoga in today’s yoga-mad world.

When tall, lithe women posed like contortionists grace the covers of glossy magazines and TV commercials, it is natural to assume, as most people do, that yoga means performing a physical movement (called asana) with great flexibility. But yoga, which means yoking, joining, or union, is actually a quality of awareness in which one is alert and focused and united with whatever one is doing. Practicing asanas mindlessly is not yoga, but talking to a loved one attentively is. Yoga has several other elements beyond the gymnastic: ethical behavior, mindful breathing, conscious use of the senses, and meditation.

About ten years ago I was browsing in a bookstore in Stamford, Connecticut, and began reading Health, Healing, and Beyond by T. K. V. Desikachar. I later learned that the author was the son of Krishnamacharya, a legendary teacher of Iyenagar, Pattabhi Jois, and Indra Devi—three of the eminent masters of yoga in the twentieth century—as well as an esteemed yogi in his own right.

Health, Healing, and Beyond is Desikachar’s homage to his father. It presents his teachings on yogic history, philosophy, and practice. When you finish the book, you have a greatly expanded and enriched understanding of the full scope of yoga and, in contrast, most presentations of yoga seem incomplete and amateurish.

Health, Healing, and Beyond is not only one of the best books on Eastern thought I have read—and I have read hundreds; it changed my life.

According to Hinduism, everything is maya: unreal, illusion, Krishnamacharya, on the other hand, believed that everything is real. When I read that, I understood that if everything is real, everything is to be cherished, including our blind spots, habits, and human foibles. This not only reduces guilt and shame; it is an immeasurable aid in accepting and learning to relish our humanness.

Krishnamacharya also said that since everyone is unique, meditation must be individualized to suit the uniqueness of the student. This flies in the face of almost all contemporary teaching of meditation (and yoga), as well as 2,600 years of Eastern thought, which presumes that the ancient, traditional way is the royal road to truth or enlightenment and that all students and teachers of contemplative disciplines must follow that preordained path.

Because of the understanding that Health, Healing, and Beyond gave me, countless times in the recent past I have been able to successfully teach meditation to adults who claimed that they had been trying to meditate for years, but couldn’t do it. When we discovered meditation practices uniquely suited to their nature, they were able to meditate.

When we individualize our path, a whole new world of possibilities emerges.