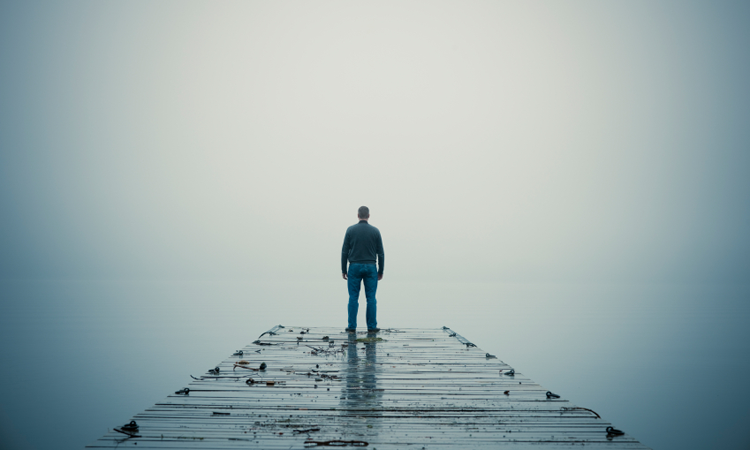 All of us have had the experience of being alone. Periods of solitude, whether self-imposed or otherwise, can bring clarity to personal uncertainties by drawing us into contemplative introspection.

But what about loneliness, that desperate longing for connection? What about those seasons of life where we feel misunderstood, worthless, or convinced that we are different from those around us in some fundamental, unbridgeable way?

“Loneliness breaks the spirit,” the old Jewish proverb goes. It is also an invitation to change.

Considering our stress-heavy culture, few would be surprised to learn that Americans aren’t the happiest folks on earth. In fact, we rank 17th on the happiness scale, according to the United Nations’ 2013 World Happiness Report1. And we continue to slide in the wrong direction.

Perception of freedom from corruption, opportunity to make life choices, and available social supports all show a dip below 2006 levels.

Our number of social connections has seen a significant decline since 1984, according to a 2006 sociology study titled “Social Isolation in America: Changes in Core Discussion Networks over Two Decades.”2

“The decrease is especially marked among those who report four or five discussion partners,” the authors wrote. “These respondents have gone from a third of the population (33.0 percent) to only 15.3 percent of the population.”

Though it’s a statistic that has recently been called into question, researchers from Duke University and the University of Arizona found as many as one in four respondents had no one with whom to discuss their most important issues.

Those of us who feel isolated live our lives as observers rather than as participants. Our couches are as well worn as our remote controls.

If loneliness is one of the defining experiences of our time, so is depression, and the dance between the two is hard to untangle.

Depressed people, like those with nearly any disease, isolate themselves. We retire to our beds to recover. Unlike flu victims, however, we tend to stay there.

While therapies exist that could assist many of those suffering from depression and anxiety, they often aren’t accessed because of the sustained stigma surrounding mental illness.

Just as this stigma must be dismantled, the stigma around loneliness must collapse as well. Part of that deconstruction requires knowing how prevalent the experience of loneliness is and understanding that it is rooted in our genetics3 and encouraged by our early life experiences and parenting. In short, there is no blame for feeling lonely.

Specific effective responses could involve simply reconnecting with old friends or family members, getting together with like-minded folks through online forums like Meetup4, taking a class at the nearest community college, or getting a pet. (As a decades-long sufferer from isolating depression, I’ve done all of the above.)

If you need encouragement to make the effort, know that your loneliness is not just impacting your mood—it’s also damaging your health.

“Beyond what is predicted by objective isolation, perceived isolation predicts greater vascular resistance, elevated blood pressure, morning rise in cortisol, less salubrious sleep, and sedentary lifestyles,” reported John Cacioppo, founder and director of the Center for Cognitive and Social Neuroscience at the University of Chicago, and a team of fellow researchers in a recent study5.

While some people may honestly say they prefer to be on their own, such sentiment is a rarity. We are wired for connection. Our species didn’t become a defining planetary force because of good posture, incessant tinkering, or affection for fire alone. Cooperation built through social connection6 unmatched in the rest of the animal world was also a major propelling force—if not the most important of the bunch.

For all the intimidating statistics out there, however, it’s important to understand that society isn’t collapsing. It’s just shifting in ways we don’t yet fully comprehend, suggested Matthew Brashears, a sociology professor at Cornell University and one of the authors of that 2006 paper on social isolation.

“It is almost certainly the case that Western civilization isn’t crumbling or something like that. There is some kind of very interesting story about how sociability is changing and we’re trying to figure it out,” Brashears told Rewire Me. “Human society is constantly changing; it’s characterized by change.”

The good news is, so are you.