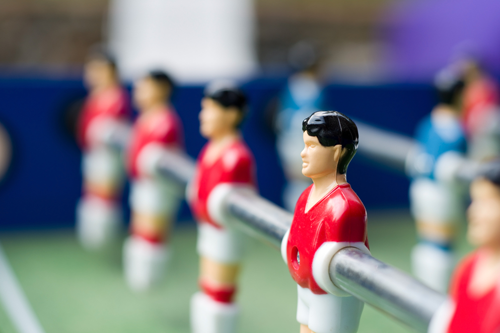 It’s often referred to as the magic ingredient after a sports team or work group wins a championship or lands a prestigious client. It’s team chemistry, the X factor that defies the stats and resumes, enabling even so-so talent to synchronize efforts into a march toward victory.

Many teams underachieve because too little attention is paid to this factor. But exactly what kind of oversized molecules are involved in team chemistry? Of course, chemistry requires a chemist, and that role needs to be filled by the coach or project leader. Here are 9 strategies that help team leaders establish and maintain winning team chemistry:

A common language doesn’t always have to be spoken, however, as evidenced by the actions of my high school cross-country coach. While the team did laps around the track, he would often run right alongside one of us, sometimes for a hundred yards or so, providing advice about running technique. His habit of “meeting us where we live” helped endear him to the team, giving us a sense that he was beside us every step of the race during track meets.

I faced this myself some years back when I started a new job with a title that was beyond my experience. My co-workers made assumptions about me because of that title, and as a result certain aspects of the job were not explained to me in the early weeks. This resulted in a lot of stress and frustration for the team and myself until I got up to speed.

Dr. Carr has often been hired by sports teams to help players from foreign countries adjust to the culture shock of living in the U.S. Part of his strategy is to find areas of common ground between these players and their American teammates that help break down resistance and establish a comfort zone.

I’ve had two dramatically different sports experiences that underscore this point. In middle school, I played on a baseball team with a dictatorial manager who would berate us loudly for mistakes but not even acknowledge us when we got big hits or halted an opponent’s rally. After one game where we didn’t play very well, he made us sprint around the bases once for each error (7 circuits) and do 100 push-ups! This management by fear built up resentment among the players and gave us a quick trigger finger for condemning one another. Despite our good talent pool, we lost more than we won that season. Fast forward to my men’s softball team 20 years later, whose coach was continually supportive and whose players never openly chastised anyone for making a mistake. Praise for doing well, however, flowed freely every inning. Despite having decent talent but a dearth of superstars, our team made it to the finals two years straight and won a championship.

Praise from a “family member” takes on a sincerity and legitimacy that build genuine confidence. With this type of bond, there is also a sense of building on a foundation that gets stronger and a feeling of oneness that resonates after team members leave the field or conference room.

Good team chemistry requires attention to a number of factors. The payoff: Performance may exceed all expectations.