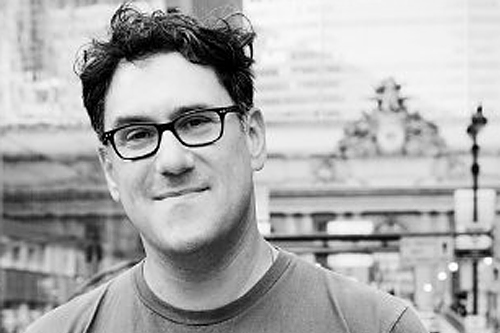 I recently sat down with Mitch Horowitz to ask a few questions about his fascinating new book One Simple Idea: How Positive Thinking Reshaped Modern Life (Crown Publishing Group). The book chronicles the history and evolution of the positive-thinking movement, from the New Thought pioneers of the nineteenth century to the brain science of today.

AG: It’s paradoxical that New Thought, which begins with radical idealism, turns so materialistic. Do you see that as a kind of temptation that it failed to resist—a fall from grace if you will?

MH: I see it more as a reflection of changes in American society. Most people are unaware of how truly abysmal medical care was in America during much of the nineteenth century. Medicine was the one area in American life that languished while the nation was growing in all other fields of science and industry. This was due to various causes, including the fact that, unlike farmers, merchants, and laborers, very few medical professionals migrated from Europe. Hence, the nation was slow to develop teaching hospitals and research facilities. By focusing on “mental healing,” the early positive thinking movement provided an alternative.

By the end of the century, especially with the opening of Johns Hopkins University Medical School, medical care began to improve dramatically. Mainstream medicine was no longer in crisis, and the nation was growing economically as it moved from an agricultural to an industrial base. People were eager to join in the new economy—and were also faced with steep inequalities in wealth. New Thought, the more proper name for positive thinking, stepped into this gap. The earliest proponents of the “prosperity gospel” often considered themselves social reformers—one of them, Wallace D. Wattles, was a repeat candidate for office on the Socialist Party ticket. Many of the early New Thoughters believed that metaphysics, combined with activism, could create a more equitable society.

The prosperity gospel actually had radical roots. Only later did it eschew politics and adopt a go-it-alone tone.

AG: In Infinite Jest, David Foster Wallace wrote so beautifully about the profundities that are hidden beneath the bromides of Alcoholics Anonymous affirmations—and the powerful spirituality of so many in recovery. Since AA is a product of New Thought, it makes sense that it would embody a lot of the contradictions and paradoxes of the movement. Do you have any further thoughts on this?

MH: Alcoholics Anonymous is a really remarkable movement. I think that founder Bill Wilson imbued it with a very sturdy ecumenism and helped open people to the idea of being “spiritual but not religious.” Bill took influence from many sources, New Thought among them. He realized early on that Americans don’t like labels. And he and his collaborators were very careful and principled about AA urging people to search for God as they understood him individually and using neutral terms like “Higher Power.” In a sense, AA widely disseminated the key principle of Transcendentalism and New Thought, which is that the individual can chart his or her own path to the higher.

AG: Do you think New Thought found especially fertile soil in America because we are given to extremes of both religiosity and materialism?

MH: I think Americans demand practicality, and from early in the nation’s life many people wanted to see religion as a source of healing and practical solutions, in addition to being a source of salvation. In a sense, this can be seen in the growth of spiritualism—or talking to the dead—in the mid-nineteenth century. Spiritualism took stock of people’s loss and grief; its rituals gave Americans a means to contend with and acknowledge the deep tragedy of losing a loved one, something that wasn’t found at the time in Calvinistic Christianity or any of the mainline faiths. Supernatural movements very often addressed an unmet need in people’s lives. So, in that sense, Americans have always combined the spiritual search with a wish for personal growth and healing.